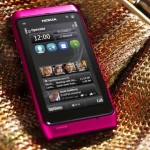 Long before Nokia took up residence at Microsoft and became enamored with Windows Phone, the company had another Mobile OS to care for: Symbian . For awhile, it was the most widely used smartphone OS in the world, and according to a Finnish TV station, being its custodian was no easy task: in 2007 Nokia apparently paid several million euros to keep its encryption key private. MTV News (no, not that MTV ) reports that criminals threatened to release the encryption key into the wild, potentially opening the OS to attacks and malware by unsavory programmers. Naturally, Nokia contacted the police, hoping to catch the crooks when they attempted to collect their ransom in a Tampere parking lot. Sadly, something went wrong: after the criminals collected the untold millions, Police somehow lost track of them. The suspects, their encryption code and Nokia’s bag of money were gone. MTV News and Reuters both indecently verified the blackmail with Finnish police, which is still considered an open case. These days, Symbian is a bit more open source — but remember: once it was a big enough driving force in the mobile market to be held for ransom. Filed under: Cellphones , Mobile , Nokia Comments Source: MTV News , Reuters

Excerpt from:
​Symbian was once held ransom for several million euros, and Nokia paid it

Curious travellers rejoice: Wikipedia has launched an official Nearby page, which...