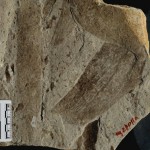 Just a couple of 1.56 billion-year-old fossils from southern China. (credit: Maoyan Zhu) The Cambrian “explosion” of life around 540 million years ago is one heck of a story, in which a huge variety of animal body plans first appear in the fossil record. But the harder we look, the more interesting and incredible the Cambrian prequels become. Now, there’s a report of organisms big enough to be easily visible yet dating back to more than 1.5 billion years ago. The fuse to the Cambrian bomb was quite long and, at the very least, had some firecrackers tied to it. Single-celled eukaryotes, organisms with a nucleus and other complex internal structures, joined the bacteria and archaea around 1.5 billion years before the Cambrian. About 60 million years before the start of the Cambrian, a considerable batch of complex organisms appeared, although their relationships to Cambrian life are contentious. The history of multi-cellular eukaryotes in between is hard to piece together, as extraordinary luck is needed to preserve evidence of their soft cell bodies for us to find. We have a couple examples of tiny multi-cellular organisms that may have been eukaryotes, but a new discovery from a team led by Shixing Zhu of the China Geological survey adds a big one to the family. The long, flat fossils they found in 1.56 billion-year-old rocks were up to a whopping 30 centimeters long and 8 centimeters wide. Read 5 remaining paragraphs | Comments 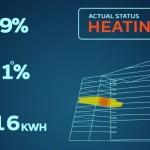