Enlarge / Excavations at the Upward Sun River site. (credit: Ben Potter) Where did Native Americans come from? Over the years, lots of ideas have been considered, but genetic data eventually came down decisively in favor of one of them. Native Americans are most closely related to East Asians and must have come across a land bridge that was present between Siberia and Alaska during the last glacial period. But that big-picture answer has raised all sorts of additional questions about the details. There has been a long-running argument over their mode of travel, which only recently seems to have been decided in favor of boats . There are still arguments over how many waves of migration took place. And a weak genetic affinity for Eurasian populations, strengthened by an ancient Siberian genome , raises questions about how that DNA ended up in Native American genomes. Now, a large team of researchers is saying they have data that clarifies a lot of these questions. It comes in the form of a genome obtained from a child’s skeleton found in Alaska. The skeleton has been dated to 11,500 years ago, and the genome now suggests it represents a member of a now-lost population that occupied the Beringian land bridge at the peak of the last glacial period—and gave rise to Native Americans. Read 10 remaining paragraphs | Comments 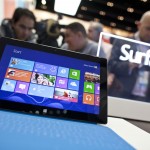