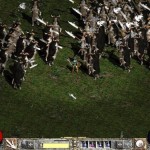 No rest for the weary. These days, you’re lucky if some titles from certain big publishers get a year or two of post-launch online support for their games before they’re unceremoniously dropped . And then there’s Diablo II . Blizzard issued a new version 1.14 patch for the nearly 16-year-old game Thursday, five years after the game was last officially updated (not to mention, four years since the game’s sequel launched with its own attendant post-release problems and patches ) The new Diablo II patch doesn’t add any new gameplay features, balance tweaks, or anything like that. Instead, Blizzard has added compatibility with modern operating systems like Windows 10 and OS X. But Blizzard says it’s working on improvements to the game’s “cheat-detection and hack-prevention capabilities” and hints at more improvements to come. “There is still a large Diablo II community around the world, and we thank you for continuing to play and slay with us,” Blizzard writes . “This journey starts by making Diablo II run on modern platforms, but it does not end there. See you in Sanctuary, adventurers.” Read 2 remaining paragraphs | Comments