Link:
18 months after discovery, the “Nintendo PlayStation” is finally working 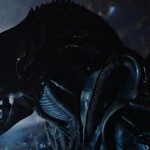 An ‘Alien’ movie is coming from the creator of ‘District 9’