Read this article:
18 months after discovery, the “Nintendo PlayStation” is finally working 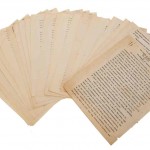