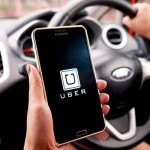 After Matt Lindsay celebrated New Year’s Eve in Southwood Community Centre near Edmonton, he hailed an Uber to take him and his friends home. The driver who picked up Matt warned him that the “surge rate” was 8.9 times the regular fare. Lindsay accepted the surge and took the ride, which lasted 20 minutes. From CBC : Lindsay said he was using his previous trips with Uber as a base understanding of what the trip would cost. “Generally Uber is very affordable. I can get from northside to downtown for under $20.” He has taken a couple of rides at a surge rate of two times the regular amount, which he said tallied $77. “With the amount of people in the vehicle and a similar distance, I figured it would be a similar fare.” Lindsay said people are vulnerable after they’ve been drinking and surge rates can be confusing. Lindsay said Uber had offered to reduce his fare by half. Image: Prathan Chorruangsak / Shutterstock.com