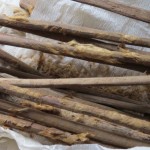 Archaeologists scraped fecal bits off these ancient wipe sticks, discovered in a 2,000-year-old latrine at a pit stop along the Silk Road in Dunhuang, China. (credit: Hui-Yuan Yeh) For almost 1,500 years, the many trade routes known today as the Silk Road joined eastern China with western China, India, the Middle East, Europe, and the Swahili Coast of Africa . These trade routes created their own culture, uniting empires and connecting distant civilizations through trade goods like books, textiles, and precious substances. But the most important use for the Silk Road was immigration. Now, a new analysis of 2,000-year-old toilet wipes found near Dunhuang in western China has revealed that these immigrants traveled vast distances on roads maintained by the Han in 100 CE. Unfortunately, these wanderers brought their diseases with them. In a new paper published this week in the Journal of Archaeological Science: Reports , a group of archaeologists in China and England describe how they found preserved fecal matter on wipe sticks used in a latrine at the Silk Road’s Xuanquanzhi rest stop. Archaeologists excavated the rest stop roughly 20 years ago and discovered that it was one of many such oases maintained by the Han government during the early centuries of the Silk Road. Weary travelers with the right documents could stop there to refresh themselves and their pack animals. They could also, apparently, use the bathrooms. What made the Xuanquanzhi rest stop special was its location near the deadly hot Taklamakan Desert. The arid region has preserved countless treasures from the heyday of the Silk Road, including a bundle of sticks wrapped in rags near the Xuanquanzhi latrines. While analyzing a collection of excavated goods from Xuanquanzhi, a group of archaeologists realized that these were no ordinary sticks. “These have been described in ancient Chinese texts of the period as a personal hygiene tool for wiping the anus after going to the toilet. Some of the cloth had a dark solid material still adhered to it after all this time,” Cambridge  anthropologist Piers Mitchell wrote . Read 6 remaining paragraphs | Comments

Visit link:
2,000-year-old toilet paper gives us a whiff of life on the Silk Road in China 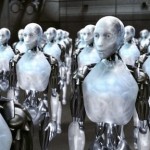 How many gigabytes does it take to make a human? 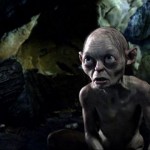 The Hobbit Will Use Dolby’s Crazy 64-Speaker Atmos Sound