An anonymous reader writes “The Associated Press reports that Pacific Gas & Electric Co. has put up a $250, 000 reward for ‘information leading to an arrest and conviction in a startling attack mounted nearly a year ago on telephone lines and the power grid in Silicon Valley.’ Besides cutting power lines, the attackers also cut AT&T fiber-optic phone lines, thereby denying some people access to 911, and fired shots into a PB&E substation, knocking out 17 transformers in Silicon Valley and causing $15 million in damage. As of this post, the perpetrators are still unidentified and continue to elude the FBI. Meanwhile, the Federal Energy Regulatory Commission (FERC) on Thursday was brought before the Senate Energy Committee to explain why the FERC disseminated via insecure media a sensitive document describing where all the nation’s power grids are particularly sensitive to a physical attack. FERC responded with assurances that databases are currently being scrubbed and procedures being implemented to safeguard critical data.” Read more of this story at Slashdot. 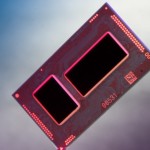 This Is Quite Possibly the Ugliest Bug Ever Found Trapped in...