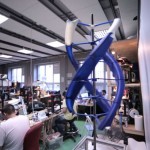 For the most part, portable energy generators are intended for modest uses. They can charge your phone , but they won’t drive high-powered laptops or small appliances. That might change if Omni3D gets its crowdfunded AirEnergy 3D off the ground. The 3D-printed wind turbine should fit into a backpack, yet produce up to 300W of power — enough that you can keep a whole slew of devices running, including those that wouldn’t run at all on solar or thermoelectric systems. It will be open source, too, since part of the goal is to let those in Africa and other developing regions create their own reliable, renewable power sources. If you want to help out and get one of the first AirEnergy 3D models when it arrives in February, you’ll need to act fast. Omni3D is only offering a handful of early units to those who pledge £290 ($484) or more. Take heart if you’re not part of the first wave, though. The team expects to bring the cost of a basic production model down to $350, which is just cheap enough that it could either supplement your home power or keep your gadgets alive during long camping trips. Filed under: Household Comments Source: Kickstarter 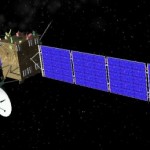