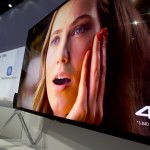 Intel and Warner Bros. are still very much embroiled in a war on companies stripping copyright protection from 4K and Blu-ray videos. Hardware seller Ace Deal has agreed to pay the two industry giants $5.2 million to settle a lawsuit over alleged violations of the Digital Millennium Copyright Act. Supposedly, Ace Deal knowingly aided in piracy by selling devices that remove HDCP anti-copying measures, making it relatively easy to bootleg the latest 4K movie extravaganza . The shop has already pulled the offending gear from its online store and is barred from selling similar devices in the future, but the small outfit still faces a relatively big, potentially crippling payout. The verdict is a sharp contrast to what’s happening with LegendSky, which faced a similar lawsuit at the start of the year. It contends that its HDFury gadgets aren’t stripping HDCP, just weakening it (which is legal) — in fact, it counter-sued Intel and Warner Bros. for allegedly making defamatory claims and abusing their market position. Ace Deal didn’t have that defense, so it was far more likely to be on the hook. Source: TorrentFreak