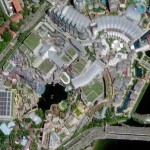 How The Nissan Leaf Can Be Hacked Via Web Browser From...