Read this article:
50 floating screens will clean the Pacific garbage patch next year 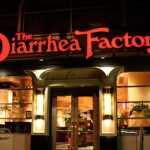