Next-generation 5G mobile internet technology marks the beginning of the “fourth industrial revolution, ” the chief executive of Turkey’s leading telecoms player told CNBC on Thursday. From a report: 5G is viewed as a technology that can support the developing Internet of Things (IOT) market, which refers to millions — or potentially billions — of internet-connected devices that are expected soon to come on to the market. Kaan Terzioglu, the chief executive of Turkcell, which has a market capitalization of $23 billion, touted the potential of the technology, saying that while 4G revolutionized the consumer market, 5G could transform the industrial space. “I think this is the beginning of the fourth generation of the industrial revolution. This will be the platform linking billions of devices together, ” Terzioglu told CNBC at the World Economic Forum in Davos. Turkcell has been working on 5G technologies since 2013 and this week completed a test in partnership with Ericsson, using the next-generation internet. Read more of this story at Slashdot.

Read more here:
5G Internet is the ‘Beginning of the Fourth Industrial Revolution’ 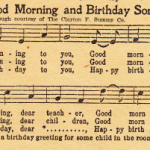