Freshly Exhumed (105597) writes “Tomi Ahonen’s newly released 2014 Almanac reveals such current mobile phone industry data gems as: ‘The mobile subscription rate is at or very very nearly at 100%. For 7.1 Billion people alive that means 7.1 Billion mobile phone subscriptions worldwide.’ Compared with other tech industries, he says: ‘Take every type of PC, including desktops, laptops, netbooks and tablet PCs and add them together. What do we have? 1.5 Billion in use worldwide. Mobile is nearly 5 times larger. Televisions? Sure. We are now at 2 Billion TV sets in use globally. But mobile has 3.5 times users.’ Which mobile phone OS is the leader? ”Android has now utterly won the smartphone platform war with over 80% of new sales. Apple’s iPhone has peaked and is in gradual decline at about 15% with the remnant few percent split among Windows, Blackberry and miscellaneous others.'” Read more of this story at Slashdot. 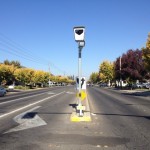 You Can Finally Buy the Magical Spray That Waterproofs Everything