An anonymous reader writes A former researcher at Columbia University’s Network Security Lab has conducted research since 2008 indicating that traffic flow software included in network routers, notably Cisco’s ‘Netflow’ package, can be exploited to deanonymize 81.4% of Tor clients. Professor Sambuddho Chakravarty, currently researching Network Anonymity and Privacy at the Indraprastha Institute of Information Technology, uses a technique which injects a repeating traffic pattern into the TCP connection associated with an exit node, and then compares subsequent aberrations in network timing with the traffic flow records generated by Netflow (or equivalent packages from other router manufacturers) to individuate the ‘victim’ client. In laboratory conditions the success rate of this traffic analysis attack is 100%, with network noise and variations reducing efficiency to 81% in a live Tor environment. Chakravarty says: ‘it is not even essential to be a global adversary to launch such traffic analysis attacks. A powerful, yet non- global adversary could use traffic analysis methods [] to determine the various relays participating in a Tor circuit and directly monitor the traffic entering the entry node of the victim connection.’ Read more of this story at Slashdot.

More:
81% of Tor Users Can Be De-anonymized By Analysing Router Information 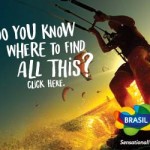 It only took 17 years: Metallica’s full catalog is now on...