dryriver writes: A company named Arca Noae is working on a new release of the X86 OS/2 operating system code named “Blue Lion” and likely called ArcaOS 5 in its final release. Blue Lion wants to be a modern 21st Century OS/2 Warp, with support for the latest hardware and networking standards, a modern accelerated graphics driver, support for new cryptographic security standards, full backward compatibility with legacy OS/2, DOS and Windows 3.1 applications, suitability for use in mission-critical applications, and also, it appears, the ability to run “ported Linux applications”. Blue Lion, which appears to be in closed beta with March 31st 2017 cited as the target release date, will come with up to date Firefox browser and Thunderbird mail client, Apache OpenOffice, other productivity tools, a new package manager, and software update and support subscription to ensure system stability. It is unclear from the information provided whether Blue Lion will be able to run modern Windows applications. Read more of this story at Slashdot.

More:
A 21st-Century Version Of OS/2 Warp May Be Released Soon 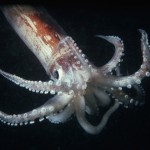 Just add water and this squid-inspired plastic heals itself

Zero’s latest electric motorcycles can recharge in an hour