Remember Germany’s Radschnellweg ? That’s a 100-kilometer cycleway that, once completed, will link nearly a dozen cities. Well, we were very surprised to learn that America will be getting something similar. Similar and, in accordance with our increased landmass, a lot longer. The East Coast Greenway Alliance is currently masterminding a 3, 000-mile cycleway running from Calais, Maine (right on the Canadian border) all the way to Key West, Florida! While a determined cyclist can currently make that journey, the route would currently involve a lot of time sharing the road with cars, and the danger that brings. The ECGA has a different vision: “Our goal is for the entire Greenway to be on paths, completely separated from the road, ” they write. “By connecting existing and planned shared-use trails, a continuous, traffic-free route is being formed, serving self-powered users of all abilities and ages.” That last part is key. The Greenway is really intended more for people with Dad Body than those that look like a ‘roided-up Lance Armstrong. The idea is that the Greenway will be “a new tourism venue, enticing domestic and foreign tourists to explore the Eastern Seaboard in a leisurely and intimate manner” rather than a place where you get buzzed by bros wearing Lycra. [The Greenway] is not designed for those seeking a high-speed cycling route. A multitude of on-road routes better serve their needs. But, as a traffic-free, relatively flat route, the Greenway is a safe facility for people of all ages and physical abilities, including children, families, and the elderly. Also, the Greenway will not be of entirely new construction. What the ECGA is attempting to do is link existing trails, then “fill in the gaps” where there are none. This is a massive effort that involves coordinating with a variety of municipal bodies over the entire stretch, including within major cities. Here’s a snippet of the Philadelphia route, for instance: The sheer number of ground to cover explains why just 850 miles–about 30%–currently exists and is usable, with another 2, 050 miles yet to be nailed down. So, while the ECG will be longer than Germany’s Radschnellweg , the efficient Germans will undoubtedly have theirs completed first. The ECGA is currently gunning to have the Greenway 95% complete by 2030. Want to help them get it done faster? They need local volunteers to help them get various stretchs up to code. Learn how you can get involved by donating your time (or just some plain ol’ greenbacks) here . Sources: CityLab Country Living Curbed East Coast Greenway Alliance 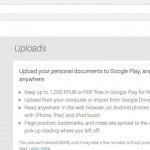 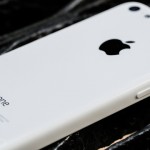 How Much Storage Does Your Smartphone Actually Give You? 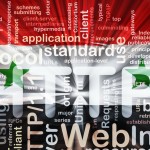 How Syria Turned Off the Internet