Enlarge (credit: Chris Ratcliffe/Bloomberg via Getty Images ) There’s a lot of excitement about Bitcoin right now, with the value of the cryptocurrency recently soaring above $11,000—more than 10 times its value at the start of the year. This has caused many people to wonder if they should be getting involved in the Bitcoin craze. But it’s important to keep in mind that participating in the Bitcoin economy comes with big risks. Over the years, the Bitcoin world has been plagued by hacks, scams, and abusive practices. Users who don’t take appropriate precautions can lose everything. Here we present a short history of the Bitcoin world’s most significant scams and hacks. It’s worth noting that all of these attacks were against Bitcoin-related services, not the core Bitcoin software. As far as we know, the Bitcoin network itself is highly secure, though of course that’s little comfort if you entrust your bitcoins to a third party who gets hacked. Read 25 remaining paragraphs | Comments

Visit site:
A brief history of Bitcoin hacks and frauds 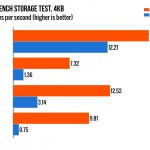