With nearly 183 million views since June, this Thai music video is the top globally trending video of 2017, according to YouTube. It’s called “Until we become dust” and it’s performed by a singer in a full silver and white costume whose head is elaborately masked in oyster shells and pearls. The mysteriously-garbed musician is competing in a strange Thai TV singing show called ” The Mask Singer .” Here are the show’s rules : The contestants are broken up into four groups, each group containing 8 masked celebrities. Each episode consists of two pairs of battling contestants, up until the final for each group, where the contestants perform a duet before battling it out. The winner reveals their identity in the last episode of each season… The contestants are prompted to sing a song of their choice and design a unique costume with a team of designers. Each costume covers the entirety of the contestant’s body… The identity of each contestant is kept confidential. When they arrive at the studio, staff members bring them cloaks to conceal their identity. Before filming the show, each contestant has to sign a contract ensuring they keep their identity a secret. During rehearsals, their voices are modified. The staff members who are authorized to know contestants’ identity such as makeup artists, costume designers, the director, and studio staff, have signed contracts to keep it confidential. When editing the footage and audio, they lock the doors to stop anyone from looking through. Later, according to CNBC , the masked celebrity was revealed to be singer Pandavaram Prasarnmitr of the Thai rock band, Cocktail. Here’s one of their music videos where you can see what he looks like without oyster shells on his face: https://youtu.be/UsnIyScLe-s

See more here:
A mysterious Thai singer performing in an oyster costume is the top YouTube video for 2017 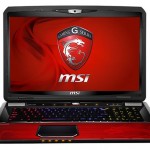