After a supernova a neutron star is left over. It’s made up of absurdly dense material, a teaspoon full of which would weigh somewhere in the order of 5,500,000,000,000 kilos. That’s about nine hundred times the weight of the Grand Pyramid of Giza. The star itself would be smaller than New York City and would be very difficult to move, especially with a spoon. 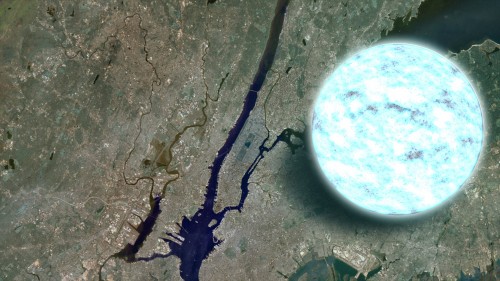 Taken from:
A neutron star is smaller than New York