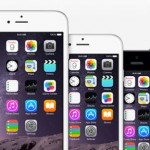 The Best Alternative for Every Pre-Loaded iPhone App

Find Out If Anyone Has Ever Died Inside Your House With...