US carriers partner on a better mobile authentication system 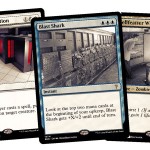 A brief history of Bitcoin hacks and frauds