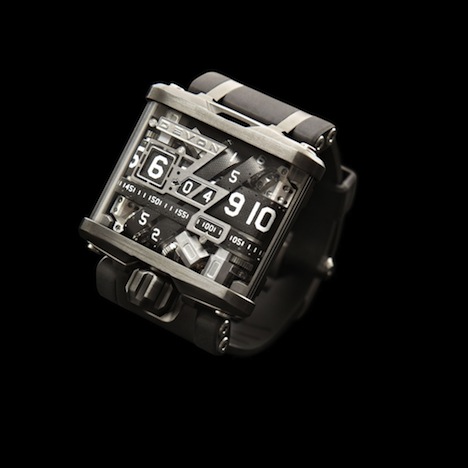 These days, there are more ways to keep time than ever before: our cell phones automatically update themselves through wireless networks; our computers keep sync with atomic clocks; even our cars, ovens and television sets keep track of and tell us the time.

Nevertheless, the watch endures as a classic icon of style, and it’s thrilling to see how companies are trying to innovate on this very analog device in an increasingly digital world.

A recent post on Boingboing tipped me off to a fabulous new watch making the rounds online. With a steampunk-esque belt design, Devon’s Tread watches rely on a system of belts, motors and pulleys to show the time. Like the NOOKA clocks I reviewed earlier, it diverges from the usual circle format, instead separating the minutes, hours and seconds into separate visualizations. 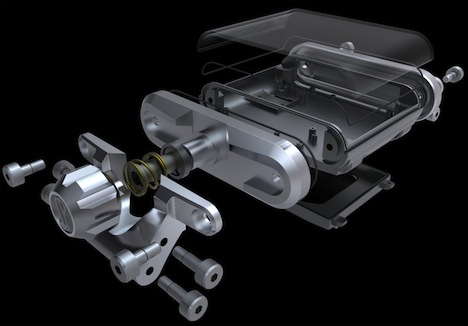 Part of the secret sauce in the watch’s formula is how its powered. Most watches today rely on kinetic energy or a standard battery (and some aficionados still rely on wind-up). Devon’s Tread runs on a their lithium polymer rechargeable cell that charges via wireless induction. According to the extensive manual (online as a PDF), you simply need place it in its futuristic display box and it begins charging.