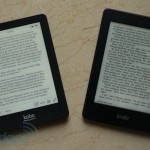 It’s well off the triple year-over-year growth that e-books saw a few years ago , but the latest report from the Association of American Publishers shows that e-books did inch up even further in 2012 to account for a sizeable chunk of overall book sales. According to its figures, e-books now represent 22.55 percent of US publishers’ total revenue — up from just under 17 percent in 2011 — an increase that helped push net revenue from all book sales up 6.2 percent to $7.1 billion for the year. As the AAP notes, this report also happens to mark the tenth anniversary of its annual tracking of e-book sales; back at the beginning in 2002, their share of publishers’ net revenue clocked in at a mere 0.05 percent. The group does caution that the year-to-year comparison back that far is somewhat anecdotal, however, given changing methodologies and definitions of e-books. Comments Via: The Next Web Source: AAP