Gaming giant Activision Blizzard announced it’s buying out most of majority shareholder Vivendi’s stake, at a total price of about $8.2 billion. Activision will pay about $5.83 billion in cash to Vivendi for 429 million shares, while an investment group led by CEO Bobby Kotick and co-chairman Brian Kelly will pick up 172 million shares for $2.34 billion, leaving Vivendi with 83 million shares, or about 12 percent of the company. The publisher of titles like Call of Duty and World of Warcraft (and Guitar Hero before it ran that into the ground) Activision is reporting preliminary results for Q2 of $1.05 billion in net revenue and raised its full-year revenue outlook slightly, although full results won’t be available until August 1st. As Joystiq mentions, Vivendi has been unsuccessfully trying to sell its part of the company for nearly a year, hopefully this transaction works out the best for everyone. By everyone, we mean people still waiting for StarCraft: Ghost . Filed under: Gaming , HD Comments Via: Joystiq Source: Activision 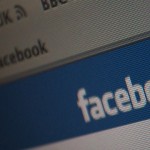