It seemed like an intriguing deal. An old version of Adobe Creative Suite—the 2005 vintage CS2, to be precise—became freely downloadable from Adobe, with nothing more than a free-to-create Adobe ID required from users. Although basically useless for Mac users, as CS2 is only available for PowerPC, for Windows users this is a powerful, if not quite cutting edge, suite of graphics apps. This looked like a clever move from Adobe. Photoshop is widely held to be one of the most routinely pirated applications there is. In making an old but still servicable version of the software it appeared that Adobe was offering a good alternative to piracy: instead of using a knock-off copy of CS6, just use CS2. A free CS2 would also go some way toward starving alternative applications of oxygen. Given the choice between a free copy of CS2 and downloading, say, the GIMP, one imagines that many users would plump for the commercial application. It’s more of a known quantity, with a more polished user interface. And Photoshop is, frankly, the gold standard of bitmap image editing. Even an older version has a prestige that GIMP doesn’t. This is not to say that CS2 is necessarily superior to the GIMP; it may or may not be. It doesn’t really matter; Photoshop has a reputation and respect that the GIMP doesn’t have, and even if some might argue that it was undeserved, it influences the decisions users make. Read 11 remaining paragraphs | Comments

Visit site:
Adobe almost does something amazing by accident 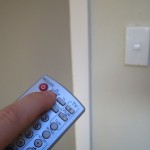 Hack a Universal Remote to Control Your Lights