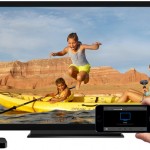 Right now, Apple’s AirPlay media streaming requires an established WiFi network to fly. That’s fine when you’re at home, but do you really want to ask for a friend’s hotspot password just to show vacation photos on their Apple TV? Mercifully, iOS 8 will let you skip that hassle. One of the many under the radar upgrades to the software is peer-to-peer AirPlay support — you can now share content to an AirPlay-capable device as long as you can make a direct connection. The basic concept is old hat, as you might suspect. DLNA has done this for a while, and third-party apps on various platforms can pull this off. All the same, the improved AirPlay technology should be handy both for media-savvy socialites as well as presenters who aren’t always guaranteed network access in the meeting room. Filed under: Cellphones , Home Entertainment , Tablets , HD , Mobile , Apple Comments Via: AppleInsider , Gizmodo Source: Apple

Read More:
AirPlay on iOS 8 doesn’t need a network to stream your media 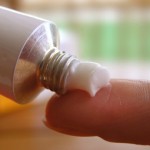