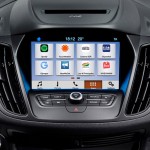 Ford has confirmed that all of its 2017 models — every single car, SUV, light truck and EV — are smartphone-ready. They all come loaded with Ford’s Sync 3 entertainment system and are compatible with Apple CarPlay and Android Auto . Those who’ve snapped any of the currently available 2017 models, such as the latest Escape, Fusion, Mustang and Explorer, can already enjoy the in-car technologies. They can use their iPhones (5 or newer) or their Android Lollipop (or higher) devices to access maps, music, messages and even third-party apps on their vehicles’ screens. Both systems give them access to voice commands, as well. Ford also assures those interested in buying the upcoming F-150, Focus, Edge and all-new 2017 Super Duty when they come out later this year that they’ll have access to Google’s and Apple’s in-car tech. “Ford is not taking the traditional approach of introducing Apple CarPlay and Google Android Auto on a few piecemeal models or as an expensive option on luxury vehicles only, ” said Jeffrey Hannah from automotive technology research firm SBD. “The guesswork for consumers is over — if you buy any 2017 Ford vehicle with SYNC 3, you drive off the lot with both of these innovative technologies ready to go.” Source: Ford

Follow this link:
All 2017 Ford vehicles are getting CarPlay and Android Auto 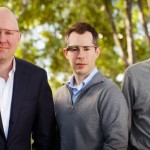