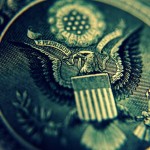 US government spending data can be a pain to track down; while much of it is publicly accessible, it’s scattered across many agencies that have their own ways of presenting information. Soon, though, you won’t have hunt for it at all. The recently signed DATA (Digital Accountability and Transparency) Act will publish all of that financial material on USASpending.gov in an easily readable, software-independent format. The law also calls for both more detailed budget data and a simplified set of reporting requirements. Don’t expect greater transparency overnight. You can visit the website today, but the overhaul may take up to three years to complete. It’s also unlikely to shed light on secret programs at institutions like the NSA, where line-by-line fiscal details are normally kept under wraps. Nonetheless, the DATA Act should eventually make it much easier for Americans to spot wasteful spending, and even fraud — there’s a real chance that the revamp could pay for itself. [Image credit: Mauro Parra-Miranda, Flickr ] Filed under: Internet Comments Via: InformationWeek , The Verge Source: The White House , Senator Mark Warner

More:
All of the US government’s spending will soon be available on one website 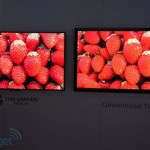