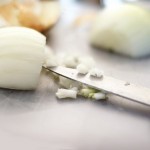 Catherine Scott On Friday, Eric Eoin Marques, a 28 year-old Dublin resident, was arrested on a warrant from the US on charges that he is, in the words of a FBI agent to an Irish court , “the largest facilitator of child porn on the planet.” The arrest coincides with the disappearance of a vast number of ” hidden services ” hosted on Tor, the anonymizing encrypted network. Marques is alleged to be the founder of Freedom Hosting, a major hidden services hosting provider. While Marques’ connection to Freedom Hosting was not brought up in court, he has been widely connected to the service—as well as the Tormail anonymized e-mail service and a Bitcoin exchange and escrow service called Onionbank—in discussions on Tor-based news and Wiki sites. All those services are now offline. And prior to disappearing, the sites hosted by Freedom Hosting were also distributing malware that may have been used to expose the users of those services. Tor hidden services are a lesser known part of the Tor “darknet.” They are anonymized Web sites, mail hosts, and other services which can only be reached by computers connected to Tor, or through a Tor hidden services proxy website, such as tor2web.org , and they have host names ending in .onion. Read 5 remaining paragraphs | Comments

Justin.tv Shuts Down Amid Reports Google Is Acquiring Twitch