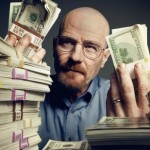 Well, maybe this guy wasn’t quite as smart as Heisenberg. AMC A man accused of tricking PC users into thinking they had viruses and then offering to “fix” their perfectly fine computers has agreed to pay back every penny he allegedly received in the scam. Navin Pasari is a defendant in one of six complaints that the Federal Trade Commission filed in September 2012 against people and entities accused of leading Windows tech support scams.”According to the complaint against Pasari and his co-defendants, the defendants placed ads with Google, which appeared when consumers searched for their computer company’s tech support telephone number,” the FTC noted in an announcement today . “After getting consumers on the phone, the defendants’ telemarketers allegedly claimed they were affiliated with legitimate companies, including Dell, Microsoft, McAfee, and Norton, and told consumers they had detected malware that posed an imminent threat to their computers. The scammers then offered to rid the computer of the non-existent malware for fees ranging from $139 to $360.” Pasari did not admit wrongdoing but agreed to a proposed  final judgment and order  in which he will forfeit $14,369, “which is the amount of money Mr. Pasari received from the other Defendants,” the document states. The money is being held in escrow and will be transferred to the FTC, assuming the order is approved by a US District Court judge. Read 11 remaining paragraphs | Comments

The Star Wars Teaser Trailer Has Added $2 Billion to Disney’s...