schwit1 shares a report from Behind The Black: In his hunt to locate Zuma, an amateur astronomer has discovered that a long-dead NASA satellite, designed to study the magnetosphere, has come back to life. IMAGE went dead in 2005, and though NASA thought it might come back to life after experiencing a total eclipse in 2007 that would force a reboot, no evidence of life was seen then. It now appears that the satellite came to life sometime between then and 2018, and was chattering away at Earth waiting for a response. NASA is now looking at what it must do to take control of the spacecraft and resume science operations. Zuma is the secret U.S. government payload that was launched by SpaceX earlier this month and reportedly lost. As for why Scott Tilley — the amateur radio astronomer — decided to have a look for the present of secret military satellites, Ars Technica reports that he apparently does this semi-regularly as a hobby and, in this case, was inspired by the Zuma satellite. Read more of this story at Slashdot. 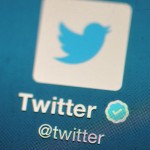 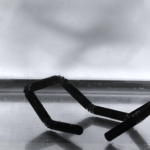