In December 2005, NASA lost contact with the IMAGE satellite. After trying to reconnect for two years, the agency gave up. Over a decade later, hobbyist Scott Tilley was able to confirm that IMAGE is not only still in orbit, but also transmitting data. Tilley stumbled on the find while looking for another satellite named Zuma. Via the Washington Post : When Tilley caught a signal after a week of searching, on Jan. 20, he almost ignored it. Whatever it was, it was orbiting much higher than Zuma was supposed to be. There are hundreds of active satellites in space, most of which didn’t interest him. “I didn’t think of it much more,” he wrote on his blog. But as he continued to scan for Zuma, he came across the signal again — stronger this time — and out of curiosity checked it against a standard catalogue. The signal matched for IMAGE. But IMAGE was supposed to be dead. Tilley had to Google the old satellite to find out what it was, as it had been all but forgotten on Earth. Eventually, he came across a decade-old NASA report on the mission’s failure. “Once I read through the failure report and all the geeky language the engineers use, I immediately understood what had happened,” Tilley told Canadian Broadcasting Corp. News. Then he rushed to contact NASA himself. • NASA’s IMAGE RECOVERY 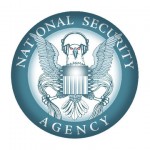 The NSA Uses Radio Waves to Monitor 100,000 Computers Without Internet