Amazon is taking a tough stance against vendors who sell fully-loaded Kodi boxes and other “pirate” media players through its platform. From a report: The store now explicitly bans media players that “promote” or “suggest” the facilitation of piracy. Sellers who violate this policy, of which there are still a few around, risk having their inventory destroyed. While Kodi itself is a neutral platform, millions of people use third-party add-ons to turn it into the ultimate pirate machine. In some cases, the pirate add-ons are put onto the devices by vendors, who sell these “fully-loaded” boxes through their own stores or marketplaces such as Amazon. The ecommerce giant appears to be well aware of the controversy, as it recently published an updated policy clarifying that pirate media players are not permitted on the platform. Merely ‘suggesting’ that devices can be used for infringing purposes is enough to have them delisted. Read more of this story at Slashdot. 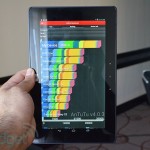