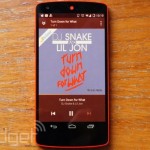 Amazon’s recently announced music service for Prime members just got a bit better. Today, the giant online retailer revealed that its Prime Music library is welcoming a bunch of new songs into the mix, from artists such as Miles Davis, Ray Charles, Kendrick Lamar, Shakira, Skrillex, Ella Fitzgerald, DJ Snake & Lil Jon ( #TD4W, anyone? ) and many, many more. To make use of these newly added tunes, Amazon said it has curated “hundreds” of fresh Prime Playlists , citing this feature as one users have come to love since the service’s launch last month. Amazon will need to keep making similar moves if Prime Music is to be a threat to the likes of Spotify , so this is, without a doubt, a step in the right direction. The next natural step would be expanding outside of the US, but record labels might make that a lot more complicated than it sounds. Filed under: Misc , Portable Audio/Video , Internet , Mobile , Amazon Comments Source: Amazon