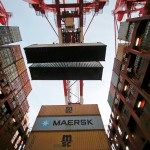 Amazon has been working for a while now to build out its shipping and distribution network. Now the online retailer has started coordinating its own shipments from Chinese merchants to its warehouses in the US via ocean freighters. The Wall Street Journal reports that the company doesn’t own any ships, but it’s working as a freight forwarder and logistics provider. These are the companies that reserve space on freighters and handle trucking shipments from port to a warehouse. WSJ says that Amazon has coordinated shipment of 150 containers from China since October. News of Amazon’s intent to get into shipping freight across the ocean first broke last year when the company gained approval from the Federal Maritime Commission to act as a Ocean Transportation Intermediary. During the 2015 holiday season, the retailer bought extra trailers to beef up its shipping capacity at the busiest time of the year. Earlier in 2015, Amazon began leasing planes for the so-called Prime Air that gave it more control over shipping logistics here in the US. Source: The Wall Street Journal

Continued here:
Amazon is now managing its own ocean freight 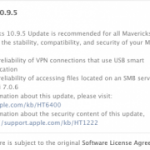