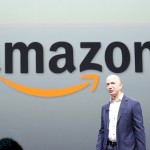 Amazon has just released its earnings for the third quarter of the year and it looks like it’s slightly off analysts’ expectations. The company reported $13.18 billion in revenue (a growth of 27 percent) and an operating loss of $28 million, with net income standing at a loss of $274 million. As Amazon notes, though, a chunk of that, some $169 million, comes from losses resulting from its investment in LivingSocial — it says the figure is “primarily attributable to its impairment charge of certain assets, including goodwill.” Expectedly, the company still isn’t offering any specific numbers for device sales, noting only that the Kindle Fire HD is the number one selling product across Amazon worldwide, and that the next two bestselling products worldwide are the Kindle Paperwhite and the $69 Kindle. As for its outlook for the next quarter, the company is expecting net sales of between $20.25 billion and $22.75 billion, and operating income of anywhere from a loss of $490 million to a profit of $310 million. You can find the company’s full breakdown of all the numbers at the link below. Continue reading Amazon Q3 2012 earnings: $13.18 billion revenue, net loss of $274 million Filed under: Tablets , Internet , Amazon Amazon Q3 2012 earnings: $13.18 billion revenue, net loss of $274 million originally appeared on Engadget on Thu, 25 Oct 2012 16:07:00 EDT. Please see our terms for use of feeds . Permalink    |  Amazon  |  Email this  |  Comments

Millions of Voiceprints Quietly Being Harvested 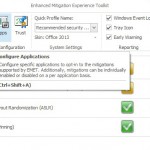