CNET reports: Amazon just put budget phone maker Blu in the penalty box. The online retailing giant told CNET that it was suspending sales of phones from Blu, known for making ultra-cheap Android handsets, due to a “potential security issue.” The move comes after security firm Kryptowire demonstrated last week how software in Blu’s phones collected data and sent it to servers in China without alerting people. Blu defended the software, created by a Chinese company called Shanghai Adups Technology, and denied any wrongdoing. A company spokeswoman said at the time it “has several policies in place which take customer privacy and security seriously.” She added there had been no breaches. Blu said it was in a process of review to reinstate the phones at Amazon. Read more of this story at Slashdot. 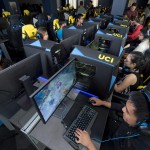 Shipwreck Hunters Bag an Amazing Discovery At the Bottom of Lake...