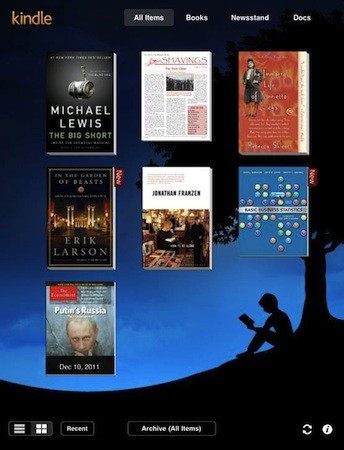 Amazon’s already pushed out a software update for the Kindle Fire this week, and now its released a fairly major update to the Kindle app for iPhone, iPad, and iPod touch. Among the highlights this time around are some revamped magazine options on the iPad, including access to the more than 400 magazines and newspapers available on the Kindle Fire, as well as the ability to read print replica textbooks on the iPad (which preserves the layout of the print editions but still allows for notes and highlighting). All iOS users can also now use a built-in PDF reader that will let you open PDFs from within the Kindle app, and Amazon is promising “seamless integration of personal documents,” which will let folks email documents to their Kindle address and have them synced on their iOS devices in addition to their Kindles.