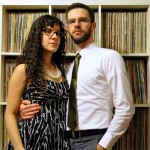 This surely marks a faint glimmer of hope for all the beaten-down and forgotten formats out there. Granted, the vinyl record has been out of fashion recently but still, a 745 percent increase in Amazon sales marks some pretty impressive growth. So, why the bump? A retro explosion? A new-found appreciation for fidelity in this world of streaming compression? The answer’s likely a little bit of both. Also, don’t underestimate the power of Amazon’s AutoRip feature. See, vinyl’s not only the fastest growing music medium on Amazon, it’s also the most popular format for AutoRip, which entitles buyers to MP3 versions of physical albums they buy. Obviously, though, it’s a bit tougher for most music lovers to rip vinyl than, say, a CD. So, which records are selling best? As of the weekend, the top vinyl titles include albums by the Death Grips, Amy Winehouse and Arcade Fire. Daft Punk, Nirvana and Paul McCartney managed to make their way into the top ten, as well. Those who prefer their information served up in a handy graphical format should click through to the source link below. Filed under: Home Entertainment , Amazon Comments Source: Amazon 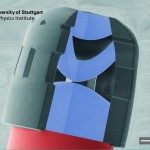 This tiny camera can be injected with a syringe