Dputiger (561114) writes “It has been almost two years since AMD launched the FirePro W9000 and kicked off a heated battle in the workstation GPU wars with NVIDIA. AMD recently released the powerful FirePro W9100, however, a new card based on the same Hawaii-class GPU as the desktop R9 290X, but aimed at the professional workstation market. The W9100’s GPU features 2, 816 stream processors, and the card boasts 320GB/s of memory bandwidth, and six mini-DisplayPorts, all of which support DP1.2 and 4K output. The W9100 carries more RAM than any other AMD GPU as well, a whopping 16GB of GDDR5 on a single card. Even NVIDIA’s top-end Quadro K6000 tops out at 12GB, which means AMD sits in a class by itself in this area. In terms of performance, this review shows that the FirePro W9100 doesn’t always outshine its competition, but its price/performance ratio keep it firmly in the running. But if AMD continues to improve its product mix and overall software support, it should close the gap even more in the pro GPU market in the next 18-24 months.” Read more of this story at Slashdot. 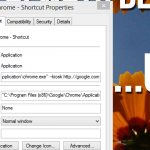