The first reviews for AMD’s top-of-the-line Radeon R9 Fury X —which sports the first iteration of stacked High Bandwidth Memory (HMB)  and a huge 8.9-billion-transistor Fiji GPU—have landed, showing performance almost as good as the identically priced Nvidia GeForce GTX 980 Ti. While that not might be the total landslide AMD fans might have been hoping for, the Fury X is the first time in a long time that AMD has been competitive with Nvidia at the high-end: not just in terms of price, but  performance as well. Naturally, there are some caveats to the Fury X’s performance, the biggest being that at 1080p resolution it’s easily beaten out by the GTX 980 Ti, and in some cases even the GTX 980. That’s not too surprising given the Fury X’s focus on memory bandwidth, which comes into play when larger textures are being shuffled in and out of memory. That said, it’s unlikely anyone buying a £550/$650 graphics card is looking to play at 1080p (unless they’re into 100 FPS and higher gaming). At 1440p and 4K resolutions the Fury X more than holds its own. Over at Tom’s Hardware , the site found the Fury X bested the GTX 980 Ti and Titan X running Far Cry 4 at 1440p by around 10 FPS, with a similar lead in the game at 4K. Performance at 4K is definitely a high point for the Fury X, where in games like The Witcher 3, Metro Last Light, and Shadow of Mordor , it beat the Nvidia cards. But in Grand Theft Auto V , it was the GTX 980 Ti that was faster at both 1440p and 4K. This was a theme across the reviews of most sites, with the two cards trading blows across a range of games. Read 7 remaining paragraphs | Comments 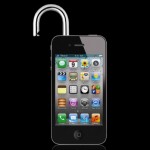 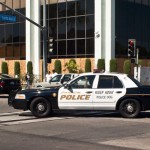 City cops in Disneyland’s backyard have had “stingray on steroids” for...