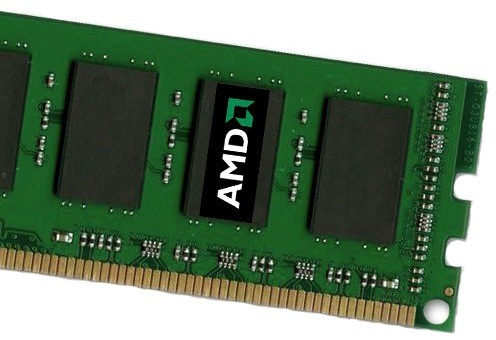 Don’t you wish every component in your computer were made by the same company? That’s AMD’s thinking behind a range of desktop DRAM — leaping into bed with VisionTek and Patriot Memory who will build the branded modules to Sunnyvale’s specifications, tweaked for speed with OverDrive tuning tools. You’ll be able to pick up DIMMs in 2GB, 4GB and 8GB flavors — a low-end “entertainment” model running at 1333MHz and 1600MHz, “performance” edition also at 1600MHz and a Radeon-branded unit that will top the family at 1866MHz. The stuff will be available from retailers like Amazon, Fry’s and Best Buy Canada, but we don’t know when nor how much it’ll cost to bring this level of branding harmony to the inside of your case.

Continue reading AMD’s getting into the DRAM game, isn’t afraid to shoot the outside J

AMD’s getting into the DRAM game, isn’t afraid to shoot the outside J originally appeared on Engadget on Mon, 28 Nov 2011 13:54:00 EDT. Please see our terms for use of feeds.

Read the article:
AMD’s getting into the DRAM game, isn’t afraid to shoot the outside J