A Lockheed Skunk Works executive implied last week at an aerospace conference that the successor to one of the fastest aircraft the world has seen, the SR-71 Blackbird, might already exist. Previously, Lockheed officials have said the successor, the SR-72, could fly by 2030. Bloomberg reports: Referring to detailed specifics of company design and manufacturing, Jack O’Banion, a Lockheed vice president, said a “digital transformation” arising from recent computing capabilities and design tools had made hypersonic development possible. Then — assuming O’Banion chose his verb tense purposely — came the surprise. “Without the digital transformation, the aircraft you see there could not have been made, ” O’Banion said, standing by an artist’s rendering of the hypersonic aircraft. “In fact, five years ago, it could not have been made.” Hypersonic applies to speeds above Mach 5, or five times the speed of sound. The SR-71 cruised at Mach 3.2, more than 2, 000 mph, around 85, 000 feet. “We couldn’t have made the engine itself — it would have melted down into slag if we had tried to produce it five years ago, ” O’Banion said. “But now we can digitally print that engine with an incredibly sophisticated cooling system integral into the material of the engine itself and have that engine survive for multiple firings for routine operation.” The aircraft is also agile at hypersonic speeds, with reliable engine starts, he said. A half-decade before, he added, developers “could not have even built it even if we conceived of it.” Read more of this story at Slashdot.

Read More:
America’s Fastest Spy Plane May Be Back — And Hypersonic 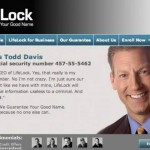