Enlarge / An F/A-18 flies above the USS Gerald R. Ford (CVN-78) as its pilot, Lt. Cmdr. Jaime Struck, prepares for the first arrested landing aboard the new carrier on July 28. (credit: US Navy ) Last week, an F/A-18F Super Hornet from the US Navy’s Air Test and Evaluation Squadron 23 successfully landed and then took off from the recently commissioned USS Gerald R. Ford —the first full use of the ship’s next-generation flight arresting system and electromagnetic catapult. The landing and launch off the Virginia coast are a pair of major milestones for the systems, which have seen their share of controversy (and cost overruns). But the test doesn’t close the book on the catapult’s problems. The catapult, called the Electromagnetic Aircraft Launch System (EMALS), has suffered from control problems that have prevented the Navy from certifying it for use with fully loaded strike aircraft. Earlier launches at a test site at Joint Base McGuire-Dix-Lakehurst, New Jersey, in April of 2014 caused a high level of vibration in the wings of F/A-18s loaded with 480-gallon wing-mounted fuel tanks—the configuration commonly used to launch aircraft on long-range strike missions. The vibrations were so strong that Navy officials were concerned about the safety of launching aircraft fully loaded. US Navy Read 4 remaining paragraphs | Comments

Reddit plans to make big changes to how the site looks 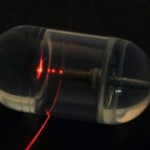