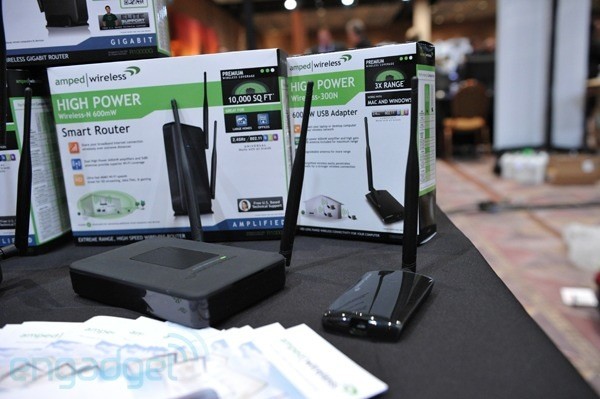 Amped Wireless is a bit of a cult favorite here at Engadget, we love its super-high distance outdoor WiFi gear that has a range of up to 1.5 miles. It’s unveiling four new devices for early 2012 that provide the same level of extreme coverage for the inside of your home.

The top device (Single Channel Gigabit Router) will arrive at the end of this month and the other three will appear in the homes of land-barons nationwide in April.

Dana Murph contributed to this report.