Amazon is apologizing for the disruptions to its S3 storage service that knocked down and — in some cases affected — dozens of websites earlier this week. The company also outlined what caused the issue — the event was triggered by human error. The company said an authorized S3 team member using an established playbook executed a command which was intended to remove a small number of servers for one of the S3 subsystems that is used by the S3 billing process. “Unfortunately, one of the inputs to the command was entered incorrectly and a larger set of servers was removed than intended, ” the company said in a press statement Thursday. It adds: The servers that were inadvertently removed supported two other S3 subsystems. One of these subsystems, the index subsystem, manages the metadata and location information of all S3 objects in the region. This subsystem is necessary to serve all GET, LIST, PUT, and DELETE requests. The second subsystem, the placement subsystem, manages allocation of new storage and requires the index subsystem to be functioning properly to correctly operate. The placement subsystem is used during PUT requests to allocate storage for new objects. Removing a significant portion of the capacity caused each of these systems to require a full restart. While these subsystems were being restarted, S3 was unable to service requests. Other AWS services in the US-EAST-1 Region that rely on S3 for storage, including the S3 console, Amazon Elastic Compute Cloud (EC2) new instance launches, Amazon Elastic Block Store (EBS) volumes (when data was needed from a S3 snapshot), and AWS Lambda were also impacted while the S3 APIs were unavailable. Read more of this story at Slashdot. 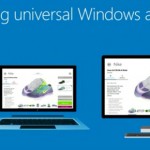 Windows 8.1 Universal Apps Can Run On Desktop, Mobile, and Xbox