Ars Technica’s Nate Anderson Dan Goodin follows up on Nate Anderson’s excellent piece on the nuts and bolts of password cracking with a further attempt to decrypt an encrypted password file leaked from LivingSocial, this time with the aid of experts. The password file they were working on was encrypted with the relatively weak (and now deprecated) SHA1 hashing algorithm, and they were only attacking it with a single GPU on a commodity PC, and were able to extract over 90% of the passwords in the file. The discussion of the guesswork and refinement techniques used in extracting passwords is absolutely fascinating and really is a must-read. However, the whole exercise is still a bit inconclusive — in the end, we know that a badly encrypted password file is vulnerable to an underpowered password-cracking device. But what we need to know is whether a well-encrypted password file will stand up to a good password-cracking system. The specific type of hybrid attack that cracked that password is known as a combinator attack. It combines each word in a dictionary with every other word in the dictionary. Because these attacks are capable of generating a huge number of guesses—the square of the number of words in the dict—crackers often work with smaller word lists or simply terminate a run in progress once things start slowing down. Other times, they combine words from one big dictionary with words from a smaller one. Steube was able to crack “momof3g8kids” because he had “momof3g” in his 111 million dict and “8kids” in a smaller dict… What was remarkable about all three cracking sessions were the types of plains that got revealed. They included passcodes such as “k1araj0hns0n,” “Sh1a-labe0uf,” “Apr!l221973,” “Qbesancon321,” “DG091101%,” “@Yourmom69,” “ilovetofunot,” “windermere2313,” “tmdmmj17,” and “BandGeek2014.” Also included in the list: “all of the lights” (yes, spaces are allowed on many sites), “i hate hackers,” “allineedislove,” “ilovemySister31,” “iloveyousomuch,” “Philippians4:13,” “Philippians4:6-7,” and “qeadzcwrsfxv1331.” “gonefishing1125” was another password Steube saw appear on his computer screen. Seconds after it was cracked, he noted, “You won’t ever find it using brute force.” Anatomy of a hack: How crackers ransack passwords like “qeadzcwrsfxv1331”

See the article here:
Anatomy of a password-crack, part II 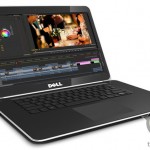