schwit1 sends this news from Businesweek: “After 2,000 years, a long-lost secret behind the creation of one of the world’s most durable man-made creations ever — Roman concrete — has finally been discovered by an international team of scientists, and it may have a significant impact on how we build cities of the future. Researchers have analyzed 11 harbors in the Mediterranean basin where, in many cases, 2,000-year-old (and sometimes older) headwaters constructed out of Roman concrete stand perfectly intact despite constant pounding by the sea. The most common blend of modern concrete, known as Portland cement, a formulation in use for nearly 200 years, can’t come close to matching that track record. In seawater, it has a service life of less than 50 years. After that, it begins to erode. The secret to Roman concrete lies in its unique mineral formulation and production technique. As the researchers explain in a press release outlining their findings, ‘The Romans made concrete by mixing lime and volcanic rock. For underwater structures, lime and volcanic ash were mixed to form mortar, and this mortar and volcanic tuff were packed into wooden forms. The seawater instantly triggered a hot chemical reaction. The lime was hydrated — incorporating water molecules into its structure — and reacted with the ash to cement the whole mixture together.'” Read more of this story at Slashdot. 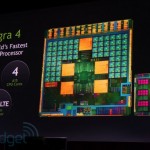